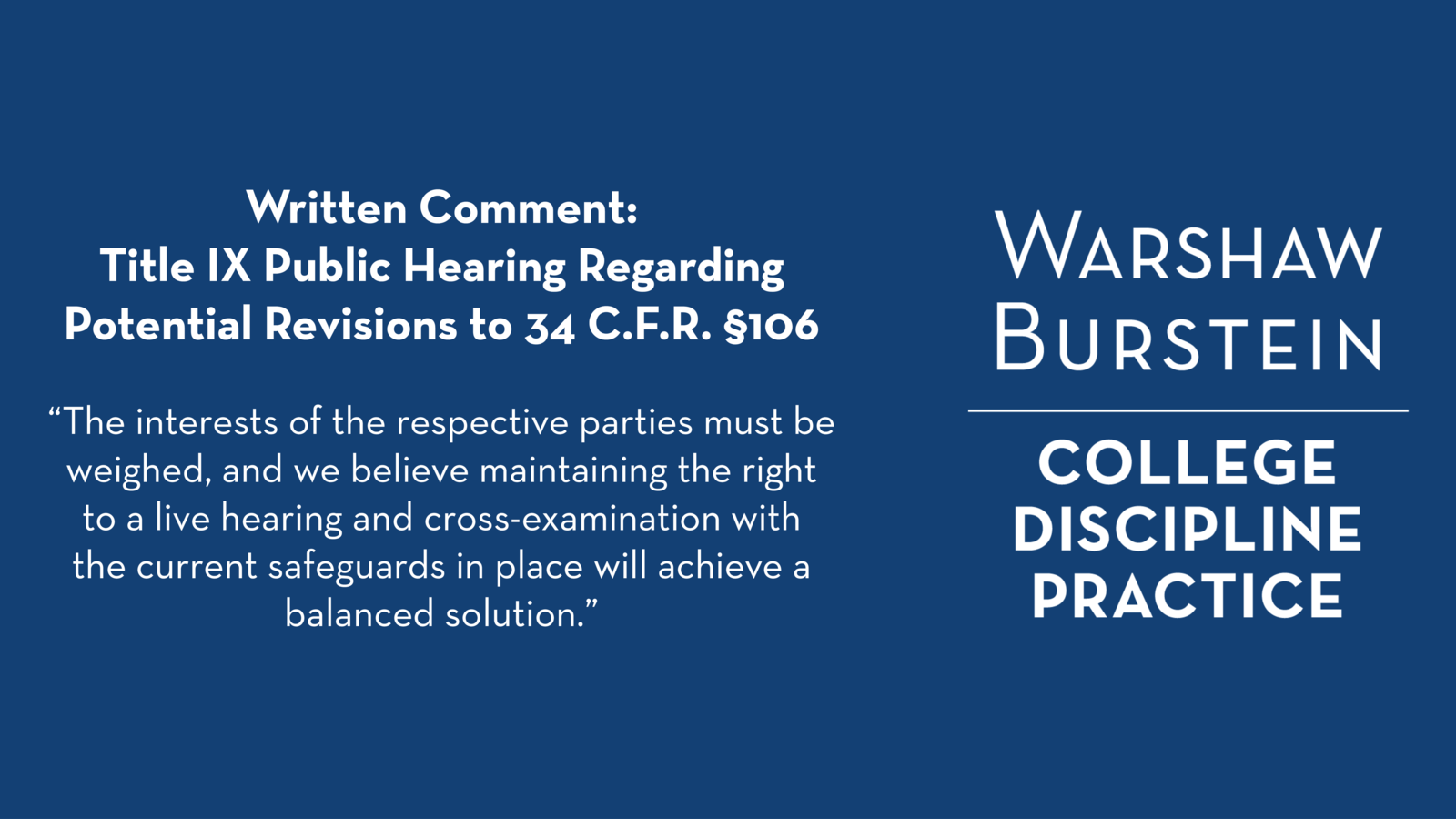 We the undersigned are a group of attorneys, academics, and other commentators with a strong interest in fairness for all students in Title IX proceedings. We write to provide comments in advance of OCR’s June 7 to 11, 2021 public hearing addressing the current Title IX regulations OCR adopted in May 2020.

We first offer the following three suggestions for improving the regulations by making important clarifications or changes.